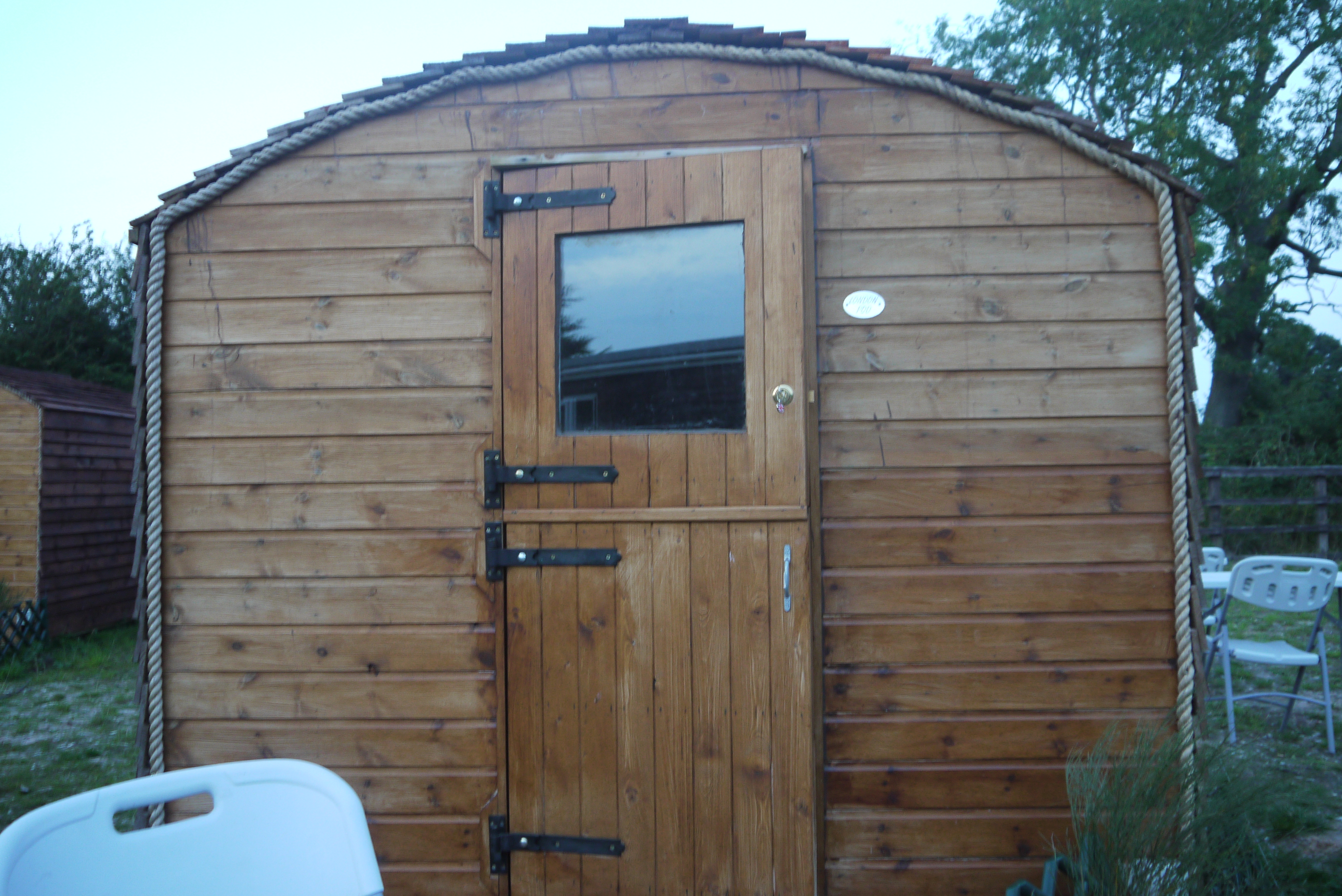 We bought a voucher on Groupon a while ago for an overnight stay in a camping pod near Harrogate. We thought it would be a nice treat to take NJ away for a night, as he’s never been camping before. So, having booked it the week previous, this Friday just gone we set out to stay overnight in a heated shed at Castley Camp, just outside of Harrogate.

Helen and NJ arrived a bit earlier than me, I went straight from work, arriving to find them settled in and NJ already having taken command of a blue mini ride on car and made friends with the owner’s dog, Rusty. It was lovely to see how excited he was about the whole thing and after he’d shown me to our pod and where everything was, we headed out for a pub tea. We went to the White Hart in Pool-in-Wharfedale, a lovely pub with a nice atmosphere and friendly staff inside. I had a Carne pizza, Helen the Veggie pizza and NJ had the kids sausage, mash and gravy. We didn’t want to spend too long out as it was mainly about the pod, but dinner was lovely.

Getting back to the pod it was lovely to see him still excited, running around exploring. We played a bit of football (about 30 seconds before he asked “Shall we go back now?”), more fetch with Rusty the dog, before it was time to move inside as it got a bit nippy. We had some roughhousing before getting into PJs and then into our sleeping bags. The pods came with futon mattresses, which were actually really comfy in there, along with a couple of heaters, which we actually turned off through the night as the pod was lovely and toasty inside. We read some Hairy Maclary stories and then all settled down for the night. Once he’d finally gone off NJ slept right through, missing the start of the lovely sound of rain on the roof in the early hours. In the morning, upon chatting to our neighbour, it appeared that we’d been lucky, as their pod and the one directly behind them had leaked and soaked all their gear, which was a shame.

All in all, we had a lovely time for the one night we were there. I understand the Camp are closing the pod side of the business, which is a shame as it told a little in the upkeep and care taken there. We didn’t once see anyone connected with the place (which also has a bootcamp, beauty treatment business and a large house) with the only contact being a note on the house door with instructions as to which pod we were all in, whilst they were on the school run. The only connection with any of the owners was Rusty the dog, who was a great host! It made us think we’ll definitely go in a pod again for sure.

In the morning we headed just down the road to The Local Pantry farmshop and cafe for brunch. It was raining quite heavily so a trip into Harrogate and a nice park was a little pointless really. Instead I had a Yorkshire breakfast, Helen a veggie one and NJ had some awesome pancakes with bacon and honey, to end our little one night stay. You really can’t beat spending time together.

A Muddy Day Out At Oakwell Hall

One thought on “Three in a shed and the little one said..”